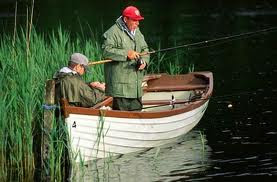 Remove my address from you e-mail list. I do not even speak Spanish. I do not know how I ended up on your VIP list, since I don’t even know where your country is. I do not care about Chavez or anyone else. The only thing I care is go fishing on week-ends, so please take me off your list. NO SE HABLA ESPANOL, GRACIAS SENOR.
Tim Glode
*************************************************************************************************************************
Dear Tim,
Nice to receive a letter from a fellow American so far away from my country, Venezuela. I can very much understand why you don’t know where in the hell Venezuela is, since when I left Cuba, many years ago – in 1961 – you people asked me if I went to the US by car, not knowing Cuba is a dammed island and there is no bridge between the two countries, reason why I am not a bit surprised you have no idea where in this world Venezuela is. For all you could care this country could be a little bit below Zimbabwe. What gets me, however, is that we Venezuelans jump in our streets, hit pans and blow whistles for the citizens of the world to know what is going on down here and out there they don’t even know where in the coo-coo we are located… and what is worst, they don’t care. We are even waiting like “boom-heads” for a “revocatory referendum” so that the “international community” can invade Venezuela when they see we won’t have any and maybe that day (Sunday February 29th, 2004) the rest of the universe will be fishing with you.
On the other hand, I congratulate you for only caring about fishing on week-ends, however, I suggest you to take a Spanish or Arab book while you are out there, relaxing on your boat waiting for a fish to bite, just in case you will need to know either one of these two foreign languages… or even both. If you people keep on paying attention ONLY to your fishing and not to what in the hell is going on in this God dammed world, you would probably end up ruled by a crazy son-of-a-bitch name Chavez, Castro, Marulanda (“Sharp-shot”)… or Lula, if not by some nut-head named Abdul Azaharaim Fuckistan, or some shit.
I really don’t know how in this world you got into my VIP list, maybe you are a CIA infiltrated of some sort, but I will erase you off right away, don’t worry. Keep my e-mail address in case you want to practice your Spanish in the future, if I am still around. If there is another American out there, reading this note to my friend Tim, do not hesitate to ask me to unsubscribe you too, unless you want to know what is going on in the country from where you Americans get the gasoline you need to go fishing.
Yours truly,
Caracas (this is our capital city) 07 de octubre de 2003
Home
Subscribe to: Posts (Atom)